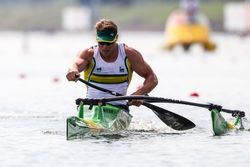 Chippington, a veteran of six Paralympics, was pushed all the way to the finish by Russia’s Alexandra Dupik in the KL1 final. “That was a tough one,” Chippington said.“Deep down I really wanted to get my world title back (after losing last year), so I had put a bit of pressure on myself. I kept telling myself to just go out there and treat it like a time trial.“I train so hard and put so much effort into it, so it’s great to do so well.”

You can read more HERE.