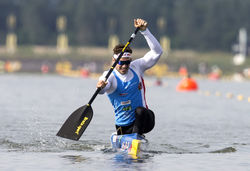 Two Olympic medallists were upstaged on the second day of the 2017 ICF Canoe Sprint World Championships, but both are still safely through to the finals at Racice in the Czech Republic. Local hope Martin Fuksa squeezed out Brazil’s Olympic silver medallist, Isaquias Queiroz dos Santos, in their heat of the C1 1000, with only first place progressing directly to the final, while New Zealand’s Lisa Carrington and Caitlin Ryan were too strong for German silver medallists Franziska Weber and Tina Dietze in the K2 500. 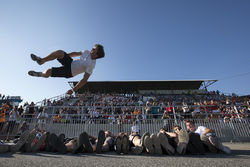 Stands full of athletes and guests, flag bearers’ parade, greetings from Czech racers, parcour and flyboard show. All this was part of the opening ceremony of the 2017 Canoe Sprint World Championships in Labe arena, Račice. Czech flag was carried by kayaker Martin Seidl who was accompanied by kayaker Sofie Kinclová, junior World Champion in K1 1000 m. “I’ve already carried flag twice so I knew what to expect. But it was really nice. To carry the flag at home is an honour for me,” said Martin Seidl, the finalist of the European Championships in category K2 200 m. “The opening ceremony was beautiful, I liked everything about it and especially parcourists the most.” 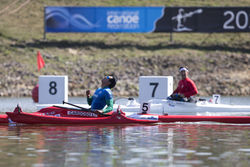 Brazil’s Luis Carlos Cardoso da Silva picked up his fifth paracanoe world title on the opening day of competition at the 2017 ICF World Championships in Racice, Czech Republic, on Wednesday. Cardoso da Silva won the non-Paralympic VL1 men’s 200 final, ahead of Hungary’s Robert Suba and Russia’s Pavel Gromov. You can read more HERE on the official ICF website where you can alsofollow the races LIVE.

You can follow all the results from the 2017 ICF Canoe Sprint World Championships in Račice live HERE. 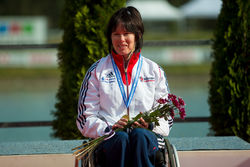 Paracanoe had its debut at the World Championships in 2009 and since then it has been part of the World and European championships. This discipline was presented at the Paralympic Games in Rio 2016 for the first time. Athletes in paracanoe events race over 200 metres. They use kayaks (K; propelled by a double-blade paddle) or outrigger canoes called Va'as with supportive floats (V; propelled by a single blade paddle). There are three classes for both men and women in both disciplines.