Invitation for Canoe Sprint Athletes at the World Championships to meet the ICF.

Here is the list of teams that did not confirmed their arrivals. There is not planned any transport for them from the airport to their hotels etc.
If your team is listed, please inform the organizers as soon as possible. 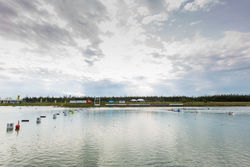 The venue of the 2017 ICF Canoe Sprint World Championships is located in North Bohemia just about halfway between Prague and Ústí nad Labem. There are several options how to get to Račice – whether you use a car, a train or a bike. 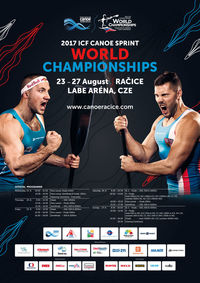 Are you coming to the 2017 ICF Canoe Sprint World Championships in Račice? Then you shouldn`t miss the opening ceremony that will take place on Wednesday, August 23rd at 5 p.m. in the venue. HERE you can check the planned daily schedule for each race day. There is no entry fee for the first day and opening ceremony. Tickets for the rest of the races days (Thursday to Sunday) are available online for a better price HERE. 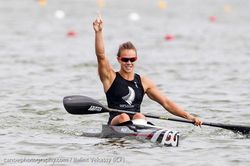 Lisa Carrington followed her brothers into surfing as a kid. She also played netball but with her 168 centimetres she was too short to play this game as a professional. Finally, she fully focused on water sports. That’s how the kayaking phenomena Lisa Carrington was born.

She managed to gain two Olympic medals at single Olympics as the first New Zealand female athlete – in Rio she won gold medal in 200 m and bronze medal in 500 m. But as she says, it’s not the result what matters the most. Her main goal is to get better every time she gets into boat.